The preliminary results from Tuesday’s Moab City Council primary are in – incumbents Tawny Knuteson-Boyd, Rani Derasary, and Kalen Jones will all advance to the November general election. Challenging their seats will be Bryon Walston, Kenneth Minor, and Kendall Jenson. Later in the news, the black bear that injured a 13-year-old boy in Moab was recently found and killed by wildlife officials. Utah’s Division of Wildlife Resources has no conclusive theory on why the bear might have been in the Dewey Bridge Campground, where the incident occurred, or why the animal attacked the boy. 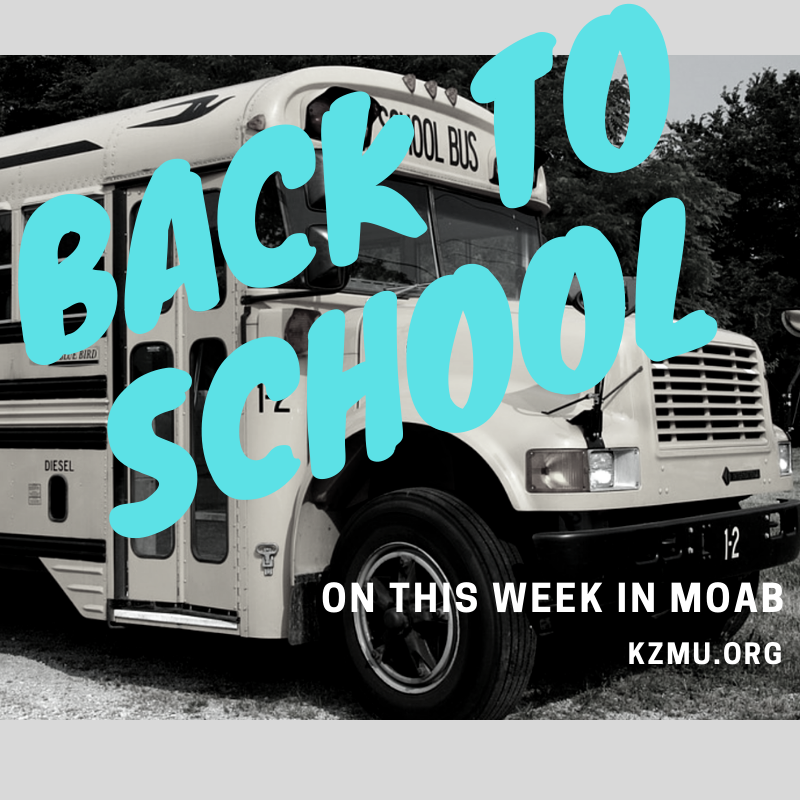 ‘Back to School’ on This Week in Moab

‘Back to School’ on This Week in Moab