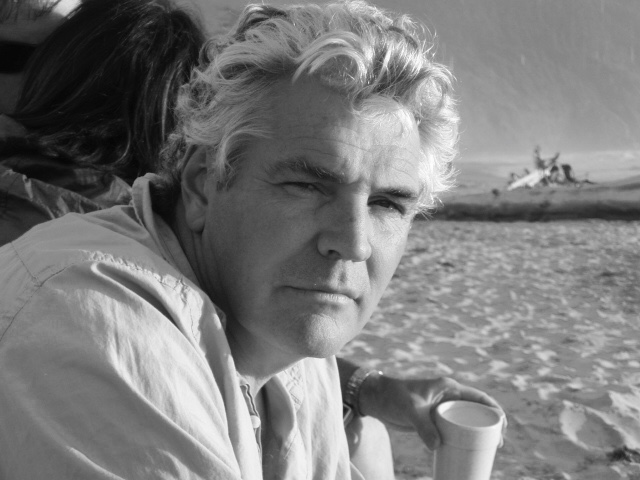 In early May, local chef Tim Buckingham announced that he would be closing the doors on his latest restaurant venture, the Atomic Grill and Lounge. The economic fallout from COVID-19 took its toll on the independent Moab restaurant. So we’ve turned the tables on our usual Thought For Food host (Tim), and placed him in the interviewee’s seat. Tim gives us some insight on his early career in food, how having dyslexia influences his skills as a chef, and the experience of starting a ‘California Cuisine’ restaurant in Moab in the early 1990s. We also discuss the difficult decision to close his restaurant, and what he might want to do next.

To our Friends in the Community of Moab,

It is with deep regret that I announce the Atomic Grill and Lounge will not be reopening. This is the most difficult decision I have ever made, but also the most rational. I feel proud of what I’ve accomplished in the 29 years since I first opened the Center Cafe in 91, Bucks in 96, and the Atomic in 2015. It’s had its ups and downs, but it’s been a good run. I could not have accomplished any of it without the great employees whom I was lucky to have known over the years, including the most recent at the Atomic. I never wanted to be a restaurant owner, but have grown to love it, mainly because of the great people who have worked for me, and who became part of my family. That is the thing I will miss the most. I will also miss our faithful customers, who appreciated the food and understood what it took to produce it. I very much appreciate your support over the years. A special thanks as well to the awesome musicians who have played in the lounge and brought good music along to go with the good company and food. Moab has always been my home town and will always be. Like many others during this time, I don’t know what the future will bring. I wish everyone good luck and well being.