A message from Marty and the Board of Trustees 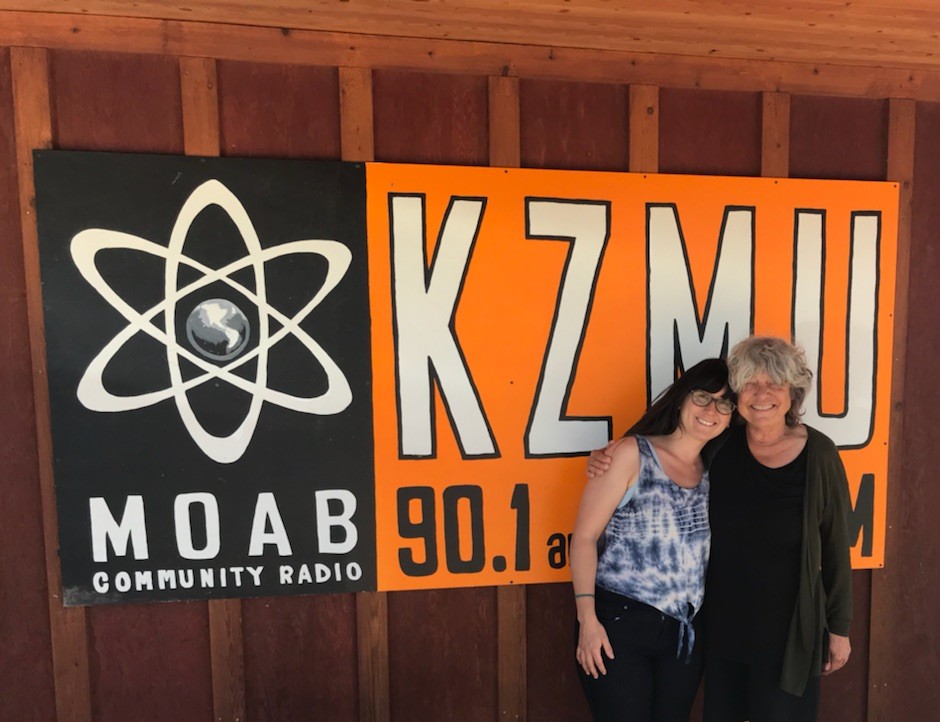 From the KZMU Board of Trustees:

KZMU is both sad and happy to announce the retirement of our phenomenal Station Manager, Marty Durlin.  We are sad to lose Marty, but also happy for her as she takes on her next adventure and are grateful for the exceptional effect she’s had on our station and our community.  KZMU’s Board of Trustees would like to thank Marty for her years of service to our station and other public radio stations like it.  Marty took over KZMU at a time of uncertainty when the station was hindered by a major funding cut from the Corporation for Public Broadcasting.  Marty rallied the KZMU audience and made sure that our station would not only survive, but thrive.  During her tenure, Marty introduced a daily news broadcast to our regular music programming and produced and directed 3 original radio plays, while maintaining and promoting KZMU’s diverse program schedule.  KZMU wishes Marty all the best in her well-earned retirement and hopes to have her return for more original radio dramas.

The new manager of KZMU will be the current Music Director, Serah Mead.  The Board of Trustees is ecstatic to welcome Serah, who has been a DJ at KZMU for 5 years, and a staff member for 3 years.  Serah has shown extraordinary skill, professionalism, dedication, and creativity during her time at KZMU.  The Board is very excited to have Serah taking over the controls of the ship.  As the KZMU Rocketship launches farther into the cosmos, Serah’s leadership and vision will only build on the 26 vibrant years of live, local, grassroots radio produced by the community and for the community.  In these days of corporate radio and internet algorithms, KZMU is grateful to our listeners in the Moab Community and beyond for supporting our beloved station.

When I arrived at KZMU more than three years ago, I came with the understanding that I would be here for a transitional period. I already had a long career in community radio, plus I had ties and family in Colorado, and felt I couldn’t make a long-term commitment. About a year ago, the KZMU Board of Trustees agreed that our music director Serah Mead would become the manager when I left, and we set the end of August 2018 as my departure time. KZMU is currently seeking a new Music Director – more info can be found here.

Serah is uniquely qualified to lead the station in this moment — in the two and a half years she has served as KZMU’s Music Director, I’ve admired her many skills and talents, her patience, energy, intelligence, initiative, creativity and good-heartedness. She has a solid and talented staff backing her, with Kik Grant in the administrative position and Molly Marcello as News and Public Affairs Director.  Bob remains as engineer, and we will be hiring a part-time music director in the coming month or so. The Board, too, is strong — longtime KZMUers Susette and Michele, chair and DJ Jason Pronovost, geologist Sasha Reed, business owner Terry Carlson and Ruth Linford, executive director of Youth Garden Project.

Obviously there is much more to be done at KZMU. But for me, it is time to pass the baton. My current plan is to return to Paonia where I will be doing some kind of writing, some kind of theatre, some kind of traveling — or at least that’s how it looks at present. This is the second time I’ve attempted to retire, so we’ll see how it goes.

I’m also planning to write a play about the Moab of 1956, and return to Moab to direct and produce KZMU’s annual radio drama in January and February of next year. That makes me feel better about leaving, because I love Moab, and I love KZMU, and I love you who create KZMU, and have supported and cheered our efforts to pull the station past the defunding into a vital and sustainable institution.

Thank you! We’ll have a party before I go.